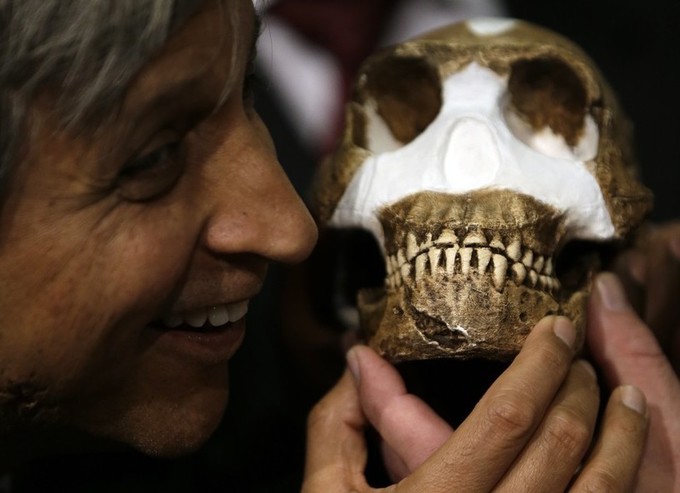 A newly unearthed hominid revives some difficult questions for Christians.

Here’s a tricky theological conundrum for you. Did Neanderthals and other earlier forms of Humans, just as deserving of that appellation as us Homo sapiens, possess souls? If they did, what became of those souls after death? Did they go to the good place or the bad place? (Positing the simplistic Judeo-Christian mindset.) Did they reincarnate (presuming that the Eastern belief systems are correct), and if so did they spiritually “evolve” into “higher orders” such as, well, us? To the atheist it’s a silly question, since NOTHING has a soul, since souls do not exist. They will allow that, if we find evidence of ritualized behavior in the interment of these creatures’ dead, as we have with Neanderthal burials, then those beings at least BELIEVED they had souls. My own beliefs are as aboriginal (that is to say, American Indian) as Judeo-Christian, thus my view is that Neanderthals and the rest of the Homo family of course had spirits, as EVERYthing has a spirit.
The question is indicative of a larger one: namely, at what point did Human beings stop being animals and become people? Young-Earth Fundamentalists who find Evolution unpalatable maintain that Humans were NEVER animals, that we were formed whole-cloth “in the image of God.” Students of aberrant psychology know better. We all started out as beasts. Some of us still remain so.