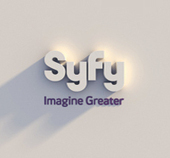 the night desk’s insight:
In 2014, Syfy will start to air a Canadian werewolf series called “Bitten.” The television series is based on a popular book series known as “Women of the Otherworld” by Kelly Armstong. The main character, Elena Micheals, will be played by beautiful Laura Vandervoort, previously know as Supergirl on Smallville. I am looking forward to seeing what kind of interesting storyllines and special effects they’ll have for the show. Who’s up for another werewolf series besides me?