Now THIS is one badass toy! 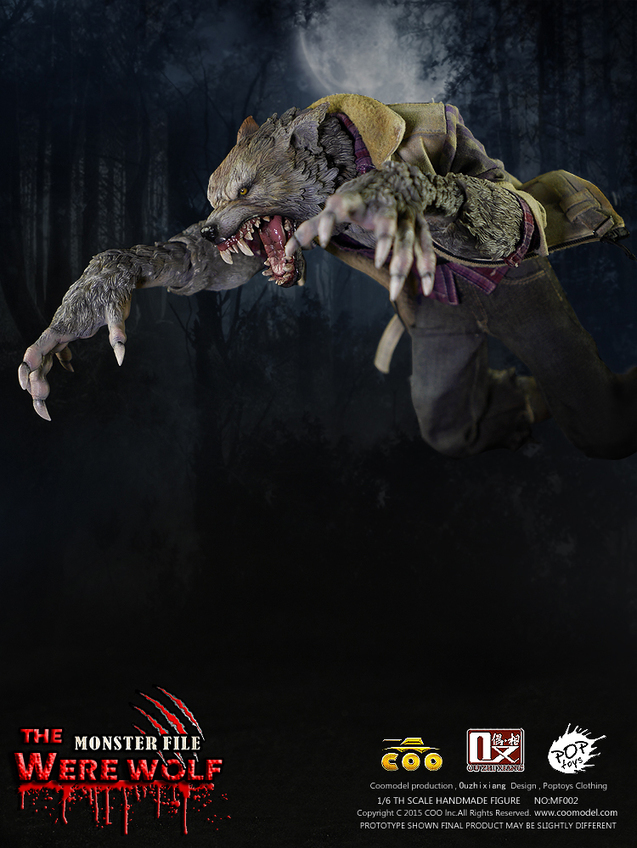 If you’re anything like me, you probably have at least one werewolf action figure on display somewhere in your home. (Actually, if you’re like me, you have several.) But do you have one that you can actually transform? One that starts out as a mere human, but by switching his various parts around you can turn into a ravening beast? I wouldn’t recommend this one for little kids, as those are a LOT of spare parts to keep track of. (The figure even comes with a change of clothes!) Also, not many people are gonna drop a couple hundred bucks on something their kids are gonna bang around and play with. This figure is strictly for the BIG boys.

An exhaustive (five-minute) Internet search failed to provide much information about the company producing this figure, Coo Model, except that they’re located in China. (What toys these days AREN’T made in China?) One dealer with which I’ve done business, THE BIG BAD TOY STORE, is supposed to be stocking the werewolf, if you find that you gotta have it. The figure has numerous points of articulation, is highly poseable and comes with some original artwork to sweeten the deal. Who wants one?

The Howl of the Wendigo

Man murdered little girl because she was “possessed?”