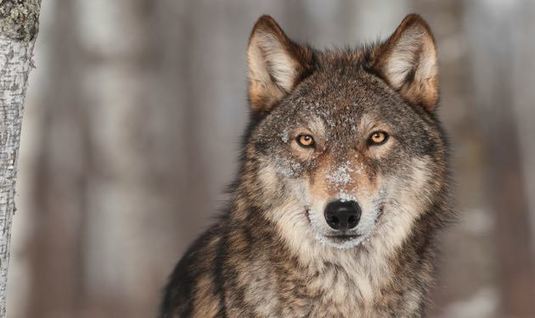 How did humans tame wolves?

Take a look at a wolf. Then take a look at a Chihuahua. Supposedly the latter evolved from the former. I say, take a look at a sewer rat, too. Which one does the shaky, bug-eyed little ankle biter more closely resemble, the rat or the wolf? I will concede, however, that the Chihuahua does possess more of the personality of the wolf. In fact, I don’t think Chihuahuas realize they have shrunken with the passage of time and selective breeding. They believe they’re still as big and formidable as wolves. Nobody spoil this illusion for them.
How exactly did primitive man take the mighty lupine predator and transform it into various pugs, poodles, Pomeranians and Pekingeses? As mentioned earlier, it took a lot of time. But how did it begin? Maybe it was the idea the wolf—or, to be more precise, the wolf-like canine that was the ancestor of both modern wolves and dogs—gradually becoming comfortable enough around humans to stop viewing them as a potential threat or a potential meal and start to socialize with them. Wolves have evolved an instinctive fear of humans after only centuries of rifles and gunpowder, so apparently they’re quick on the uptake. Maybe, way back when, they did decide that they could manipulate humans into feeding them and carrying them around in little purses and letting them sleep inside human domiciles. Maybe they considered being degraded into pugs and Chihuahuas worth the trade-off.