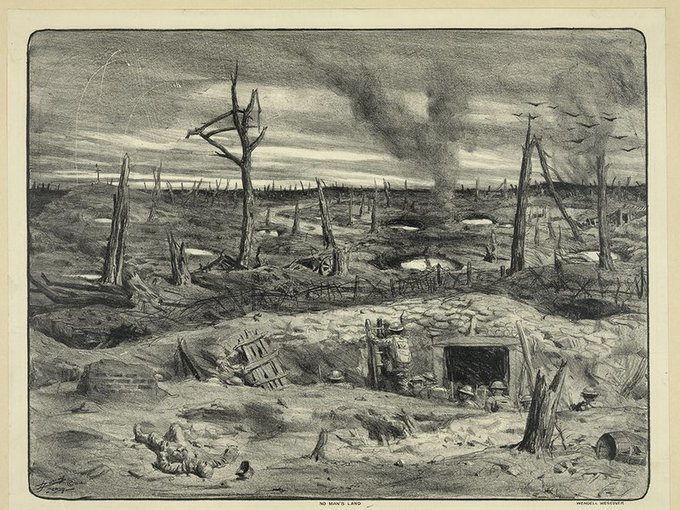 Born of the horrors of trench warfare, a ghoulish tale of scavengers and scofflaws took hold 100 years ago

I’ve written before on the Hellhounds of World War One. These fiery-eyed brutes, large and more fearsome than any common dog roamed the “No Man’s Land,” the areas between those trenches dug out and occupied by opposing armies. Wounded men were left lying on these barren fields to die, help unable to reach them, bullets and shells flying overhead, at the mercy of rain and cold. And at night, when the darkness settled over them like a pall, the Hellhounds came to devour them. The lucky ones were already dead by that point.

Might these nocturnal fiends have taken on different shapes, though? Might they have sometimes appeared as HUMAN? Like with the Hellhounds, there was a serious belief in the existence of savage “wild men” who lived in the abandoned tunnels beneath battlefields, venturing forth after sunset to despoil the wounded—or drag them back to their lair to feed off them. Modern students believe the “wild men” might have really existed, that they were deserters who took up together and lived as brigands amidst the chaos of warfare. These same students propose that the “Hellhounds” were feral dogs, scavenging from the dead and dying. I ask you, would either have been less terrifying if stripped of their supernatural undertones?