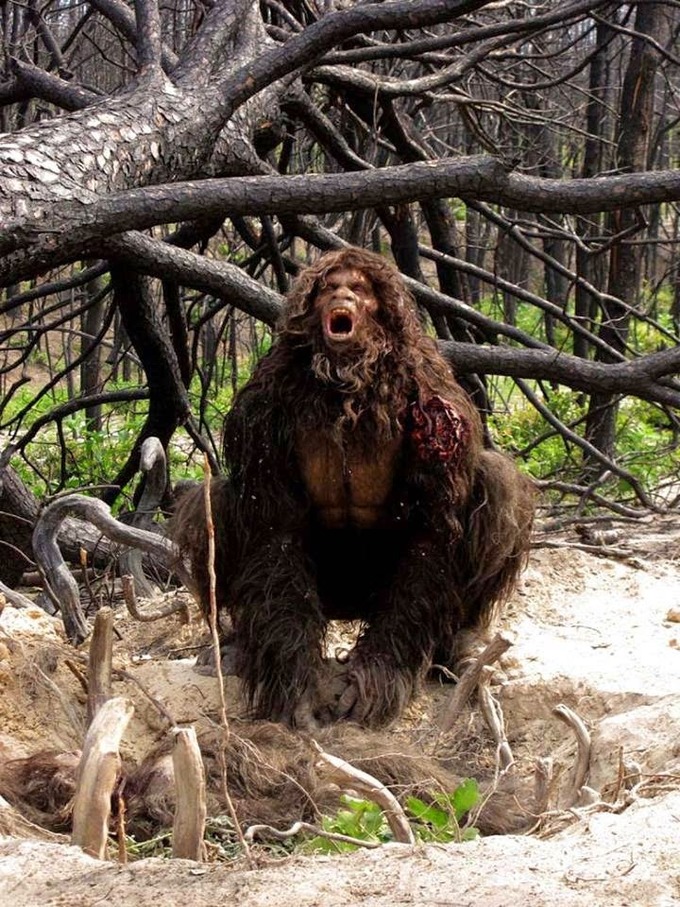 If Sasquatch do indeed exist, then they are going to come across bears. It is inevitable. So what happens when these two goliaths meet?

Since we want this to be a fair match-up, let’s go with the biggest, baddest bear around. A Kodiak Grizzly, perhaps, or the largest of all bruins, the polar bear, which can reach heights of over fourteen feet when standing on its hind legs. Then we’ll go with the largest Sasquatch, based on eyewitness testimony, one standing around twelve feet tall, a regular Gigantopithecus-sized monster. Who’d win in a fight? Size and weight advantage goes to the bear, but would its fangs and claws be enough to overcome the smarts of the Sasquatch? Our pal Bigfoot understands such things as leverage and strategy. And, possessing opposable thumbs, he’d be capable of wielding a weapon of some sort, say a club. I’m giving the edge to the Bigfoot.

Now let’s throw in a werewolf for a three-way melee. Who’d win? Depends on what kind of werewolf, wouldn’t it? Just a man turned into an average-sized wolf? He’d get clobbered for sure. But the beast from AN AMERICAN WEREWOLF IN LONDON or one of the originals from THE HOWLING? It would have the brain power of the Sasquatch AND the teeth and claws of the bear. I’m going with the werewolf.